Is no news that Cristiano Ronaldo is considered as the sexiest athlete in the world, if not the sexiest man alive. We are fully aware of his potential on and off the field, we are also aware that ronaldo among other things loves and cherishes his body.

The Juventus star surely knows how keep his female fans engaged, he enjoys displaying his masculine body, he also enjoys all the attention that comes with it.

As crazy as it may sound, woman nowadays are all Lobby Dobby each time they see men with sexy body, and they can’t help but to appreciate such men, then imagine how crazier they will feel expecially when such men are one of their favorite celebrity.

See Screenshot And Reactions Below: 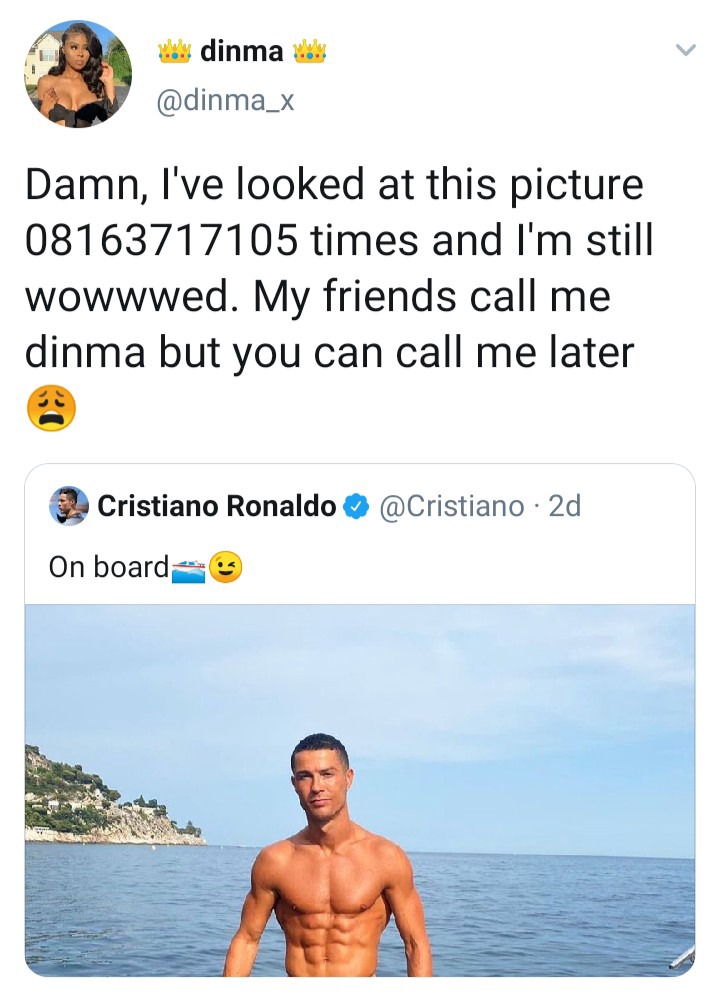 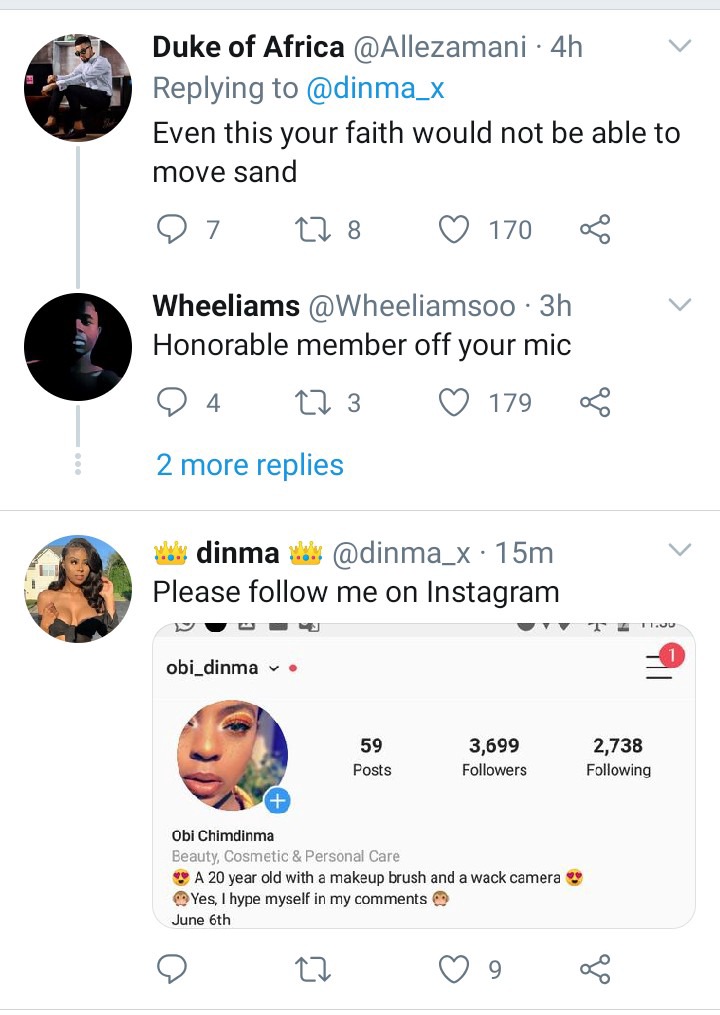 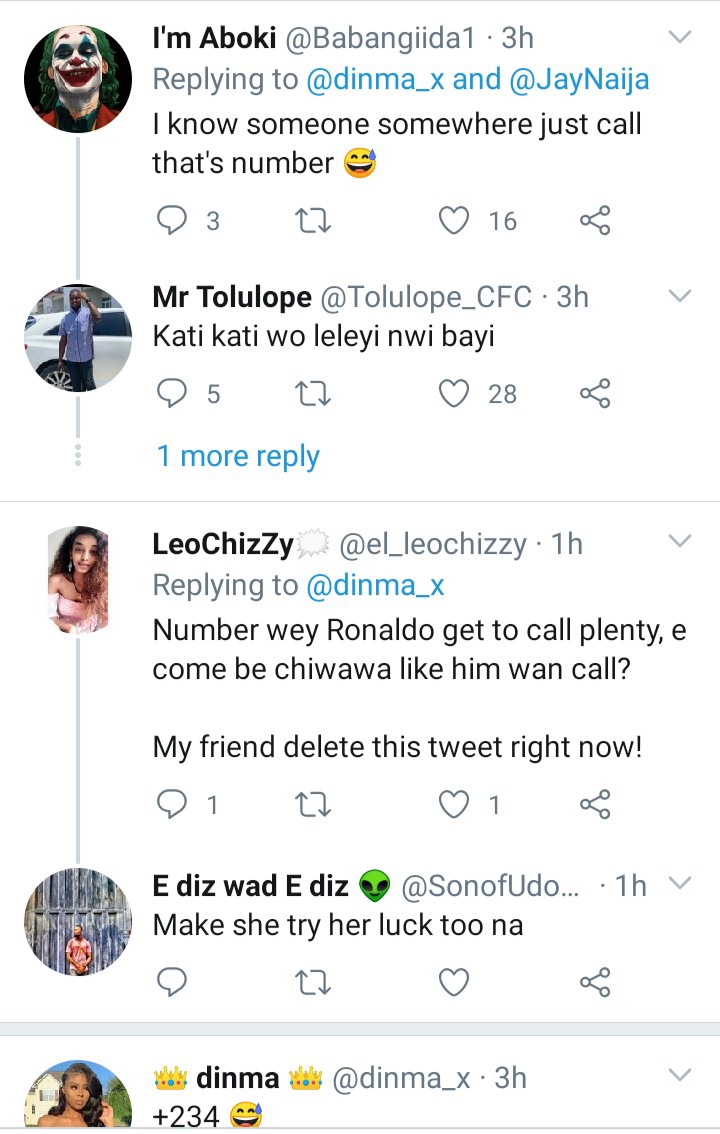 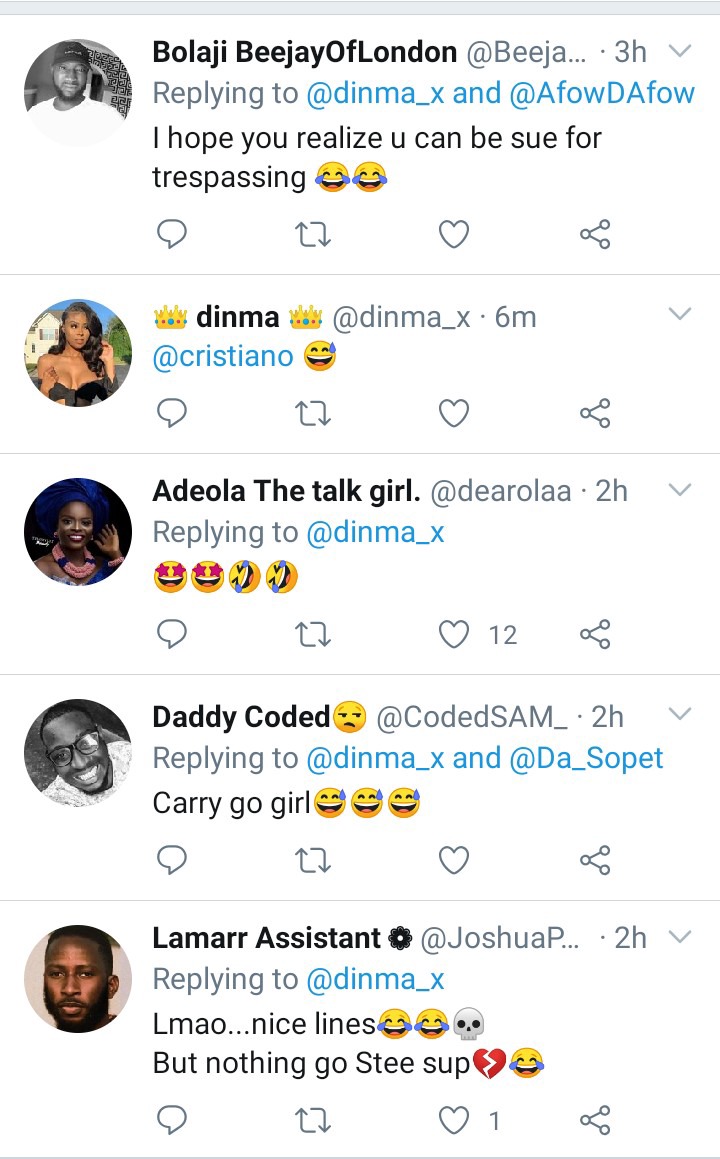 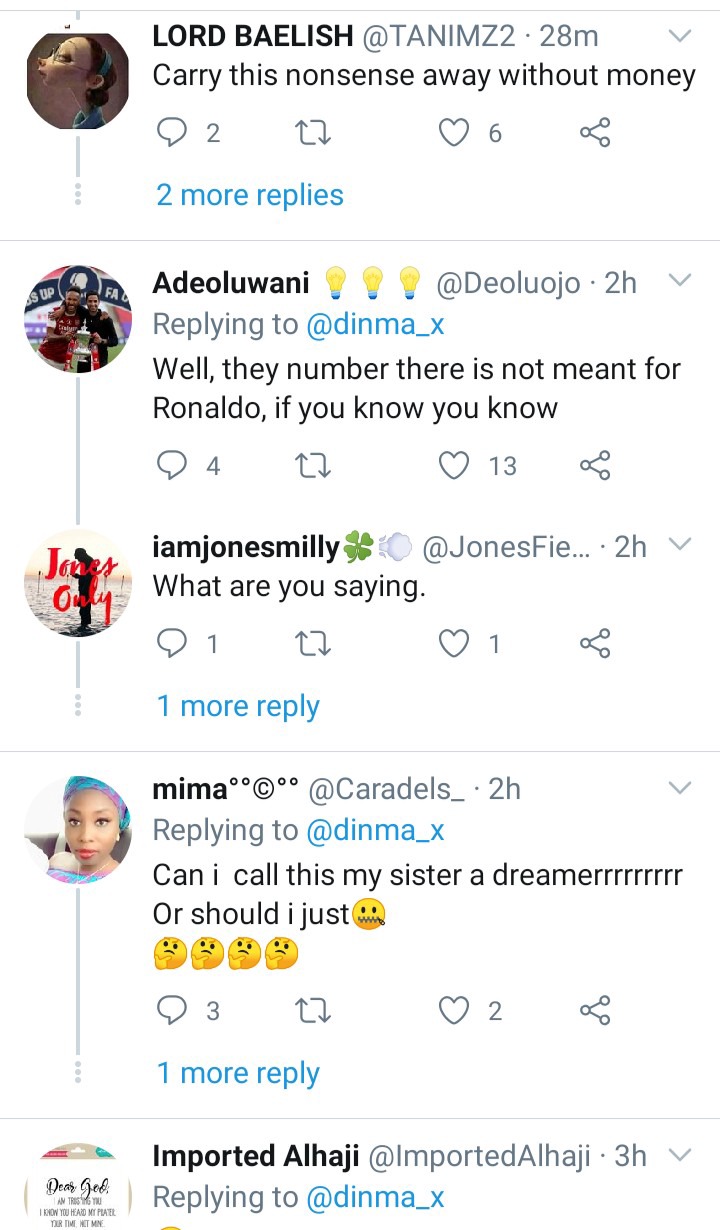 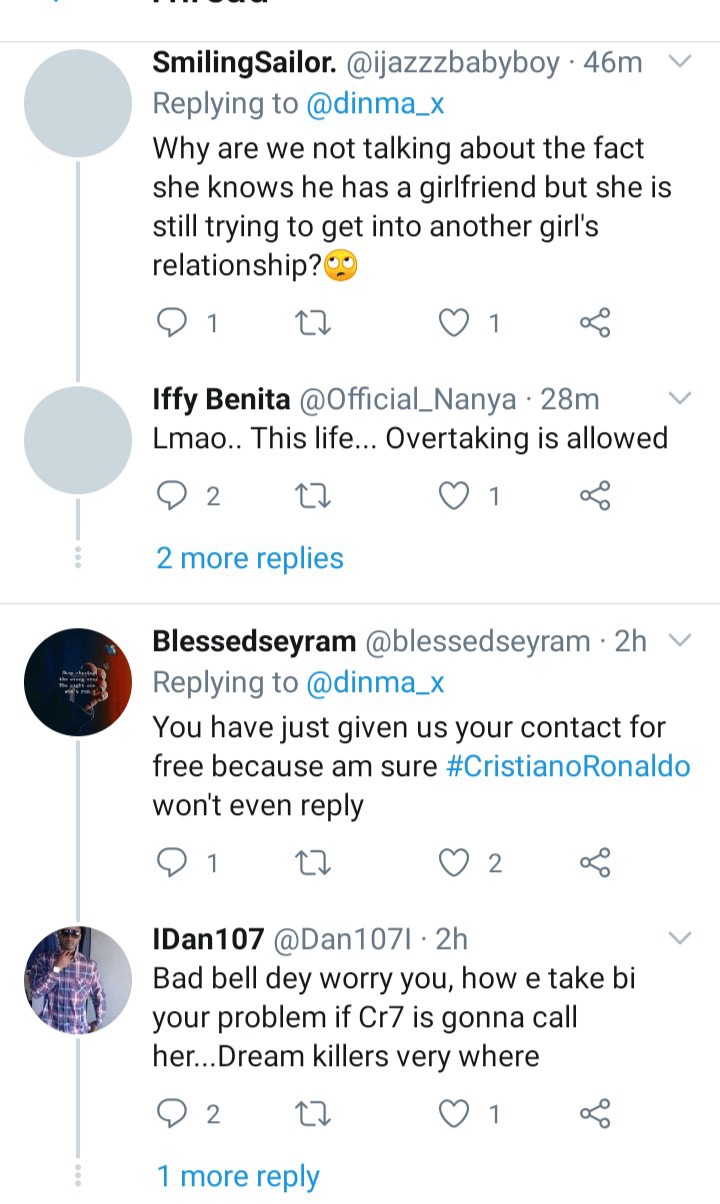 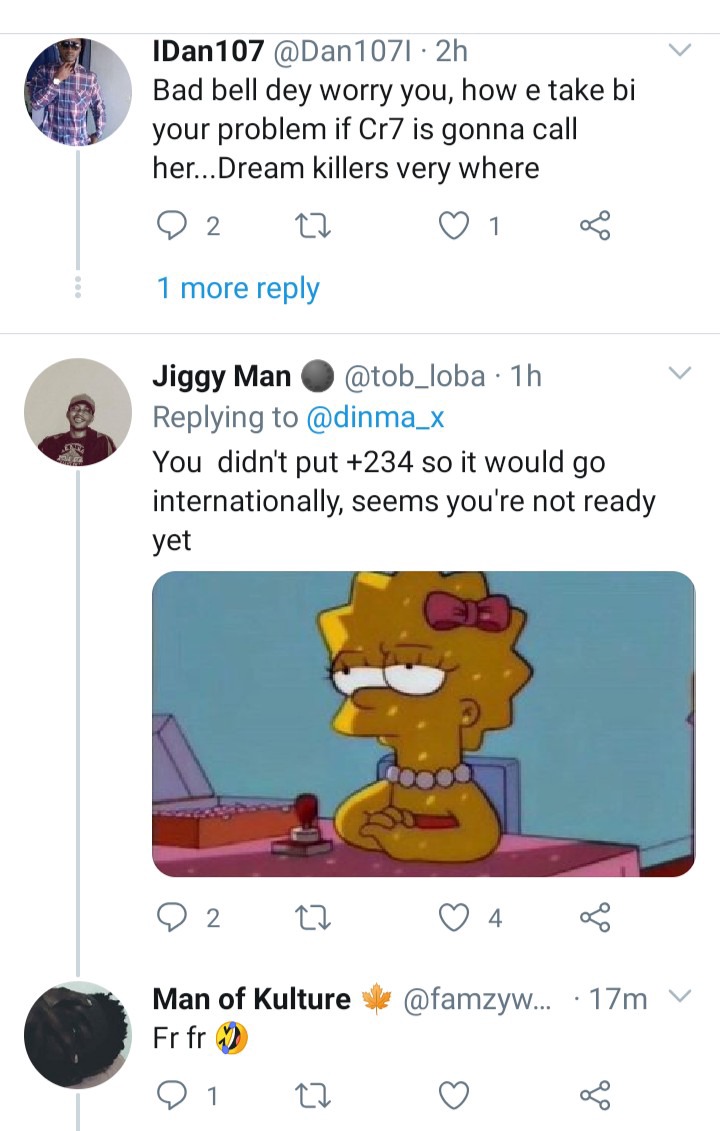 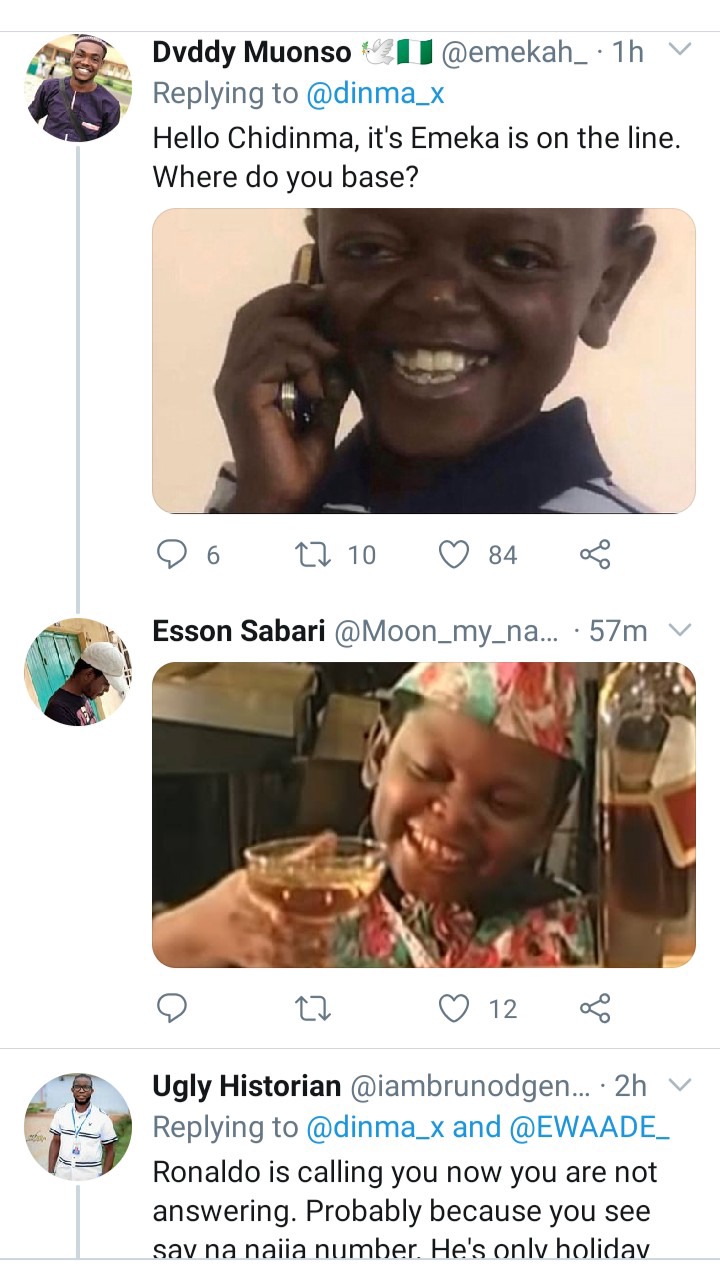 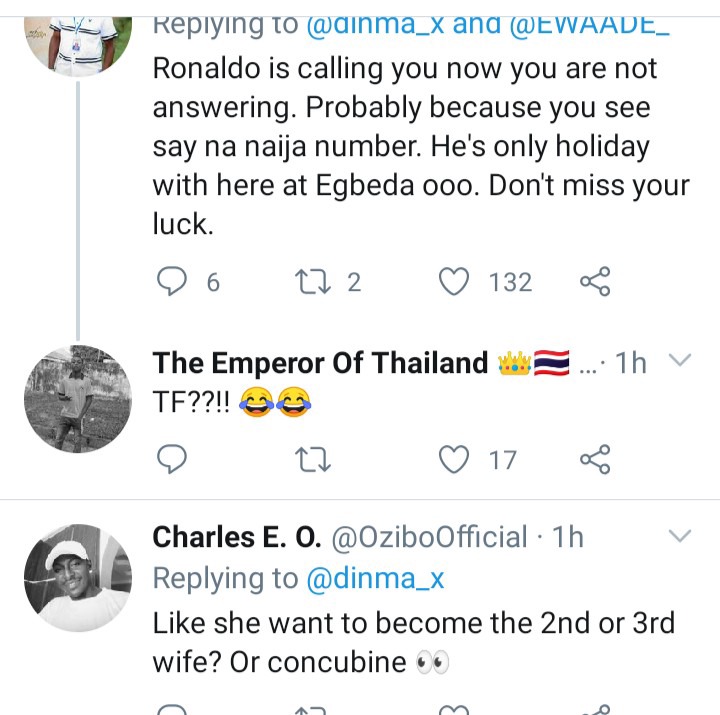 Not yet convinced of Trikytee’s talent? Check out his recent movie shoot