Villarreal defeated Manchester United 11-10 on penalties at the Polsat Plus Arena Gdansk, Gdansk, Poland to win their first Europa League title, which happens to be the club’s first trophy in history.

A resolute display by the Yellow Submarine saw them them hold a massively talented Manchester United side to a 1-1 draw untill the stoppage time, to set up an entertaining penalty kick.

After what seemed like an endless wait, and not just the penalty kicks, Villarreal finally won their first major trophy.

Manchester United were aiming to win their first title in four years. Edison Cavani had given them hope after scoring the equaliser that put the Red Devils back in the game during normal time. But his goal was not enough to inspire a comeback.

Villarreal will be heading for the Champions League the next season by virtue of becoming the winners of the Europa League.

Tears of joy couldn’t even allow the handlers of Villarreal’s social media page to type, instead they “just cry and cry and cry…” 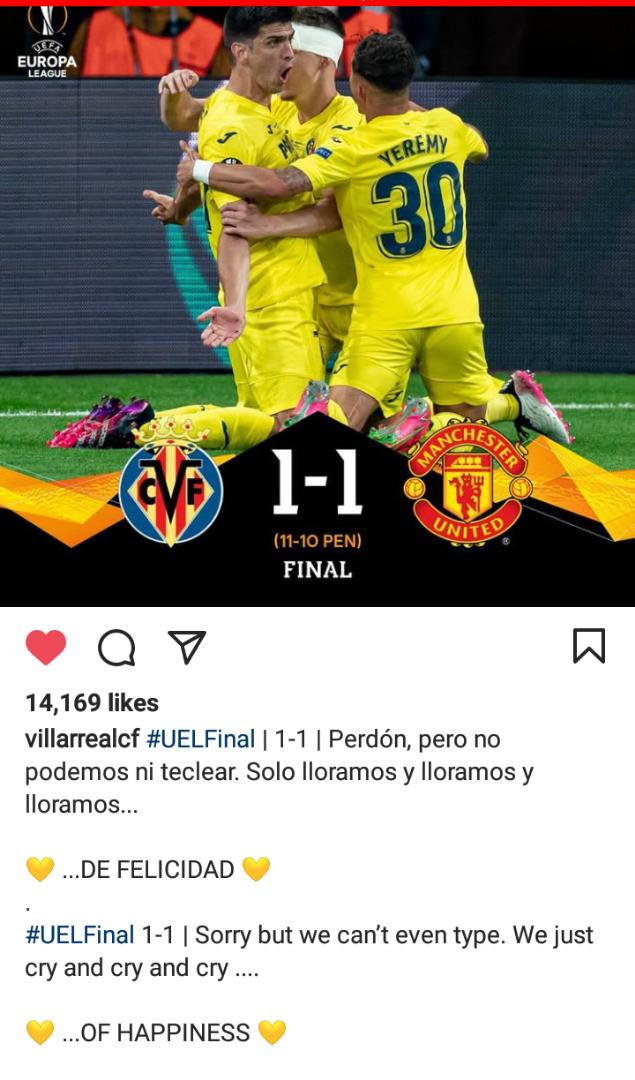