He said: ‘The important thing is the path you travel and the people who accompany you, not the destination to which it takes you.

‘Because that with work and effort, I think I can say, without hesitation, that is has been the path and the dream destination.’ 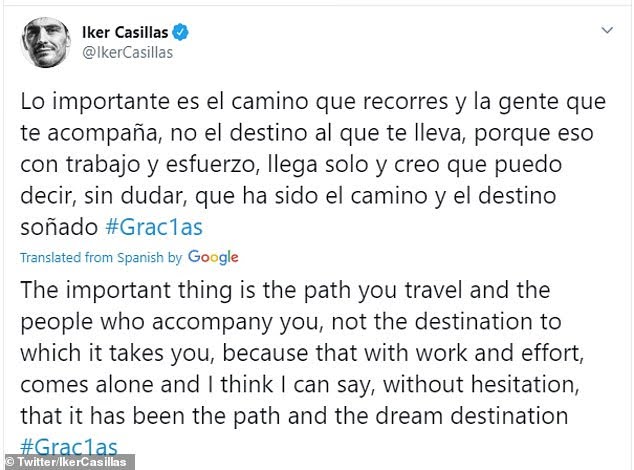 Casillas 39, did not make any competitive appearance since he recovered from a serious heart attack in May 2019.

He decided to hang his boots so as to to take on other positions off the field, like running for the presidency of the Spanish Football Federation (RFEF).

Iker has had a stellar carrier. He joined Real Madrid as a teenager and made 725 appearances for the Blancos – helping them to five La Liga titles and three Champions League crowns.

He also captained Spain to World Cup glory in 2010 and two European Championship titles in 2008 and 2012.

He joined Porto in 2015, and further made 156 appearances with two more title titles.