Barcelona Femenino began its pre-season preparation with an internal training match between the players at the Vall d’en Bas football pitch.

The African Women Player Of The Year scored two fantastic goals in a game that must have ended 2-0 in favour of the team in yellow.

Check out Oshoala’s fantastic goals in the video below:

The 25-year-old star would have scored a well deserved hat-trick but her second effort on goal went a little wide.

She continued her enterprising performance until the final whistle.

See the highlights of the game:

The team led by Lluís Cortés will continue its preparation with a double friendly confrontation with Montpellier, before squaring up with Atlético de Madrid in the quarterfinals of the Champions League, on August 21. 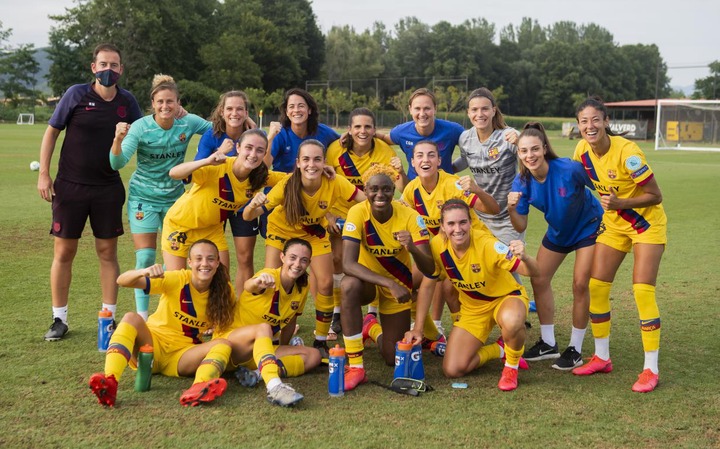 Barça will definitely be needing Oshoala’s impact to see them through to the semi-final stage and possibly the final.