The Super Eagles trio of Kelechi Iheanacho, Victor Osimhen and Paul Onuachu, all got their names on the score sheets of their various in their league games on Sunday afternoon.

Kelechi Iheanacho who have been impressive for the Foxes since the beginning of the year, continued his goal scoring run by netting in Leicester 3-2 defeat away to West Ham. 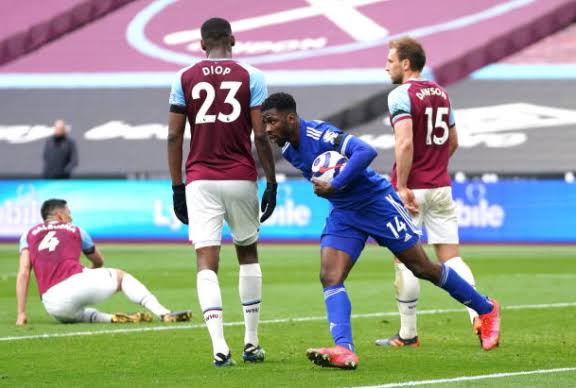 The 24-year-old forward gave his club the bragging rights by scoring in the closing minutes of the game, talking his tally to 9 goals in six matches across all competitions for City.

In Italy, resurgent Victor Osimhen was on hand to give Napoli a well deserved 2-0 victory over Sampdoria in the Serie A. Osimhen scored Naples second from a Dries Mertens assist in the 87th minute.

Meanwhile, red hot Paul Onuachu continued to announce his presence in Europe by scoring his 29th goal of the season for Genk.

Onuachu scored Genk’s 4th and last goal in their 4-0 defeat of St.Truiden in the Belgian Jupiler league. The 26-year-old striker is still the highest goal scorer in the league.

Indeed, the future looks bright for Nigeria’s Super Eagles with these three in front of their attack.