Suarez, Vidal heads for the exit as Barcelona omits duo from new squad

Arturo Vidal, Luis Suarez and Samuel Umtiti looks likely to be on their way out of the Nou Camp after their names were recently omitted from Barcelona’s 25 man squad for the pre-season.

The list which could be found on the Twitter page of the club included several players from the B team, and the new signees.

Messi who recently joined the team after resolving his problems with the club was also included in the list alongside Coutinho, Dembélé and Griezmann. 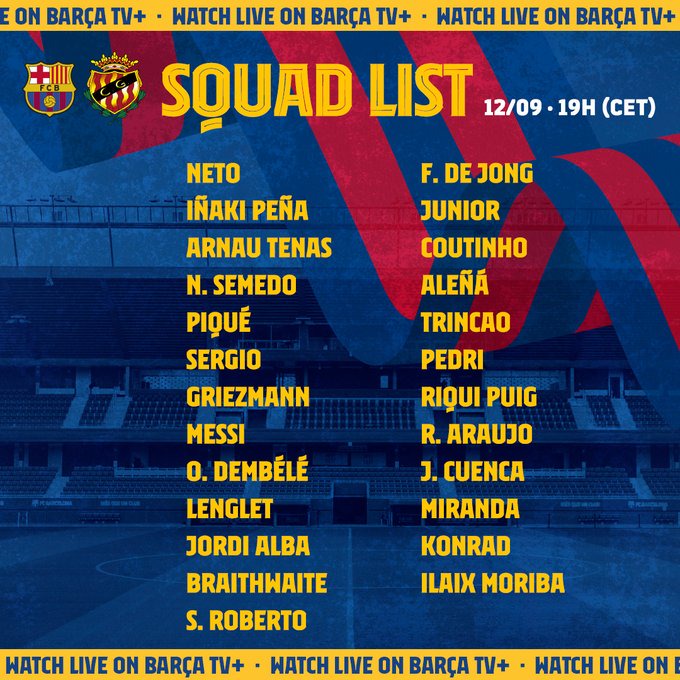 Ronald Koeman’s Barça squad will begin their preparation ahead of the new season with a pre-season match against Nàstic de Tarragona side from the Segunda B division. The game will be played today at the Johan Cruyff stadium.

Barcelona was supposed to play it’s first La Liga game against Elche on Sunday September 13, but the game was postponed to help them prepare ahead of time.