Arsenal beat Liverpool on penalties to win the Community Shield in an empty Wembley Stadium on Saturday evening.

Gabonese International Pierre-Emerick Aubameyang was once again the hero of the day as he scored a superb goal and netted the winning penalty in a game that ended 1-1 full time.

The game began on a positive note, with the Gunners taking an early lead in the 12th minute through Aubameyang who scored twice in the FA Cup final at the same stadium this month.

Liverpool equalised after the break through substitute Takumi Minamino. They pushed for more but couldn’t get any, the shootout didn’t favour them either. 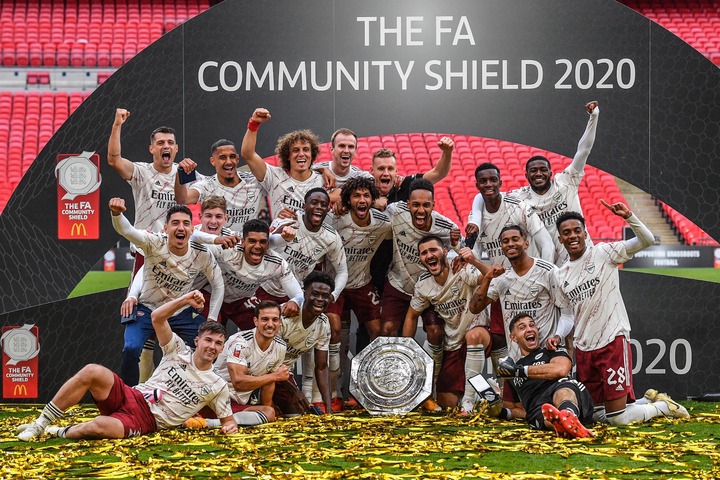 In the end it was Arsenal who went home with their second title of the season. You can’t imagine how captain Aubameyang is jealousy guarding his new trophy.

Watch the video below to see what he was doing with the Community Shield.

Aubameyang has really been fantastic for Arsenal, the striker has scored 71 goals in his 110 appearances for the Gunners.