Portugal striker Cristiano Ronaldo has taken to social media to give an inspirational speech to his teammates and the club in general, after their early Champions League exit.

Juventus were eliminated from the UEFA Champions League by Lyon yesterday, despite winning 2-1 against the French side in the second leg of the knockout stage.

Ronaldo once again provided the needed inspiration by scoring a brace, but his teammates couldn’t build on that to overturn the away goal deficit, having lost 1-0 in the first leg.

This will be the second time Cristiano Ronaldo has failed to single-handedly lead the Old Ladies to the Champions League final since he joined in 2018. 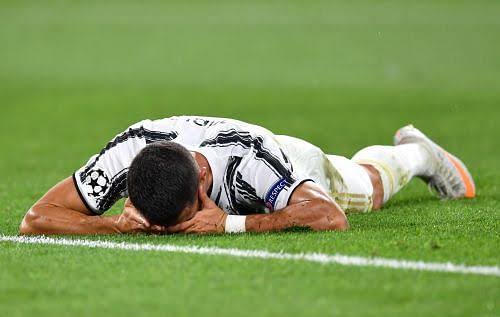 He thinks now is the right time for his teammates to up their games and begin to reason like champions.

“The 2019/20 season is over for us, much later than usual but yet sooner than we expected,” CR7 wrote via Instagram.

“Now it’s time for reflection, time to analyse the ups and downs because critical thinking is the only way to improve.

The 35-year-old star further commended his teammates for their efforts in winning the Serie A ‘in such a difficult year’, but tasked them to live up to the fans expectations.

“Winning the Serie A once again in such a difficult year is something that we are very proud of,” he wrote.

“Personally, scoring 37 goals for Juventus and 11 for the Portuguese National Team is something that makes me face the future with renewed ambition and desire to keep doing better and better each year.

“But the fans demand more from us. They expect more from us. And we have to deliver, we must live up to the highest expectations.

“May this short vacation break allow us all to make the best decisions for the future and come back stronger and more committed than ever.

Such a legendary comment from an iconic player. We can’t wait to have you back in the field. See you soon CR7!