Nigerian rising star Victor Osimhen continued his goalscoring spree for Napoli in their friendly match against Teramo on Friday.

Naples got a well deserved 4-0 win over the less fancied third tier Italian club, in the game played without spectators, thanks to a hat-trick by their exciting center forward.

The 21-year-old striker gave the Italian giants an early lead in the fourth minute, after a cross was headed in his direction for him to tap in. They got their second in the 14th minute through Hirving Lozano.

After the break, Osimhen turned on his beastly mode and kept on preying Teramo’s goal until a sweet pass from Amin Younes came his way to score his second in the 61st minute. 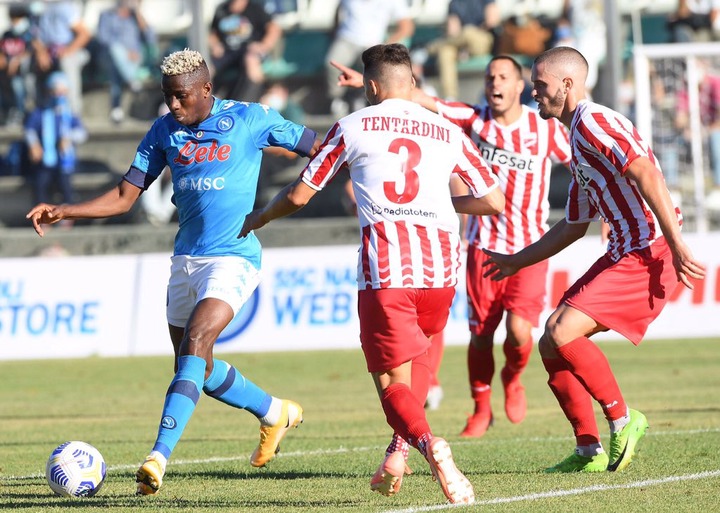 In less than three minutes, the wonderkid has completed his hat-trick. He got substituted in the 75th minute by Politano after a job well.

Recall that Victor Osimhen also scored a treble in his first game for Napoli in their 11-0 run out against L’Aquila last week.

He has now scored 6 goals in just 2 games. It’s just a question of how many more. Did anyone see this coming?