Home » Osimhen is not ‘Pele’ or ‘Maradona’, Gattuso warns

Osimhen is not ‘Pele’ or ‘Maradona’, Gattuso warns

Napoli’s head coach Gennaro Gattuso has warned the fans of the Italian club not to mount much pressure on the young shoulders of Nigerian striker Victor Osimhen.

The 21-year-old player announced his presence in the club in a remarkable fashion, after netting a treble in his first game for Naples in a pre-season run out against L’Aquila.

The club record signing got his hat-trick in less than eight minutes in a 45 minutes game that ended 11-0 in favour of Napoli. He also capped his Man of the Match performance with an assist. 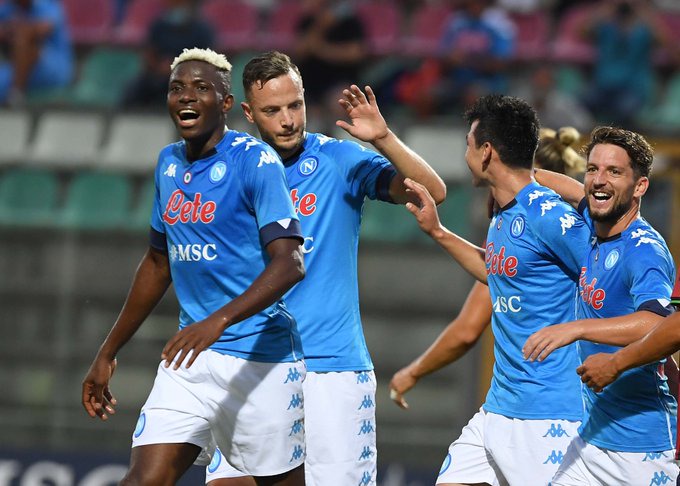 Osimhen who was signed from Lille in a £74million deal this summer has already become a fan favourite after his spectacular display.

But Gattuso has however warned the fans not to expect too much from the youngster, despite showing great potentials.

“It’s not like we suddenly signed Pele or Maradona, we simply brought in a player with certain characteristics that can help us,” he told Sky Sport Italia.

“It’s too easy to get excited now, we’ve got to give him time and let him work, not put pressure on.

“He is an important player and we paid a lot for him, but there were no doubts he would give us something different that we haven’t had in my time here. There’s a long way to go.”

Meanwhile, Victor Osimhen will hope to carry on his goalscoring exploits in the new Serie A season which will begin on September 19.