Barcelona Femenino recorded a great victory over Montpellier in one of their preparatory games, thanks to a double by Asisat Oshoala.

The Super Falcons striker came-off the bench to score two goals in Barcelona’s 3-0 win over the French women’s club on Sunday August 2.

The Primera Iberdrola champions were clearly the dominant side in the friendly game that took place behind closed doors at the Ciudad Deportiva.

The Catalans started the match on a very bright note, but the visiting goalkeeper Schmitz kept her team in the game with spectacular saves.

The scoreline remained 0-0 until the restart when players like Graham, Melanie, Hamraoui and Oshoala were introduced. It didn’t take longer for Asisat to spot a through ball from Mariona and open scoring. 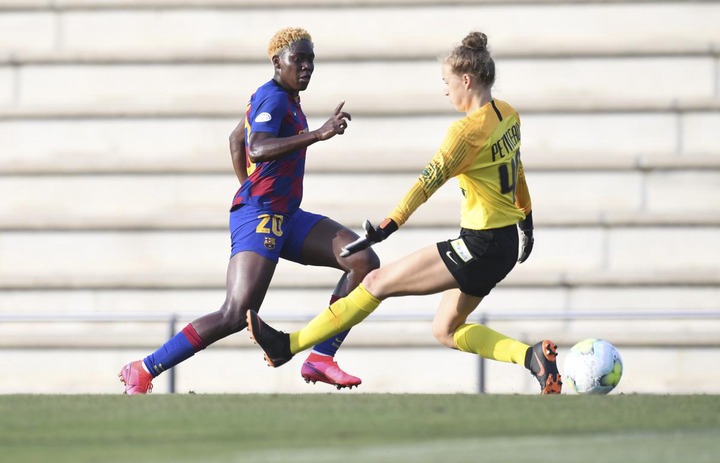 Jennifer Hermoso made it two in the 86th minute before Oshoala rounded off a great great team performance with her second and last goal of the game in the 92nd minute.

Watch the highlights of the game below: