Super Falcons forward Asisat Oshoala has been named in Barcelona Femeni’s 25-woman squad for the remaining games of the UEFA Women’s Champions League.

Oshoala was among the squad that travelled to Bilbao this morning ahead of Barcelona’s quarterfinal game against Atlético Madrid in San Mames stadium on Friday, August 21. 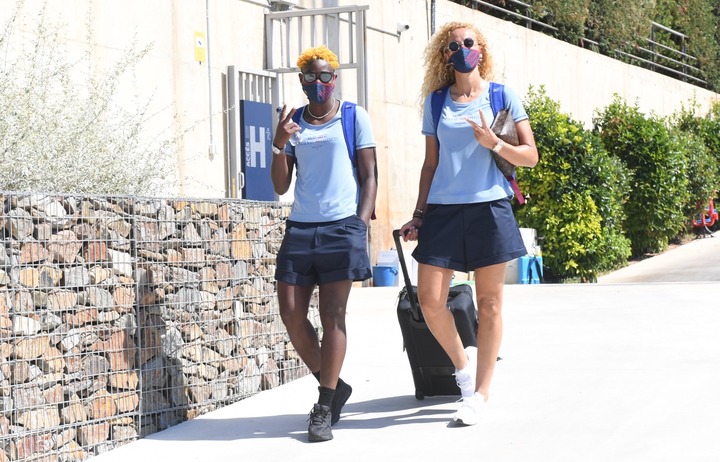 The 25-year-old star was on fire during their warm up games, scoring a couple of great goals for the Primera Iberdrola champions.

She is one of the key components of this squad which also has the likes of Dutch star Lieke Martens, Aitana Bonmati, Jennifer Hermoso, goalkeeper Sandra Panos, Andrea Falcon and several othe top stars.

Barcelona will be aiming for a European glory this time, having ended as runner-up in the last edition of the Champions League.

A goal from super-sub Asisat Oshoala earned some bragging rights for the Blaugrana in last season’s final against a star-studded Lyon team.

She will be hoping to continue her impressive scoring run against Atlético Madrid on Friday and possibly help the team win their first ever Champions League title.