An in-form Karim Benzema double was all that was needed for Zinedine Zidane’s side to dethrone their bitter rival Barcelona.

The Los Blancos went into the game with much confidence having already won their last nine league games. Villareal on the other hand has lost two of its last three league matches.

The game was open for both sides until Benzema opened scoring in the 29th minute following a sweet pass by Luka Modric. 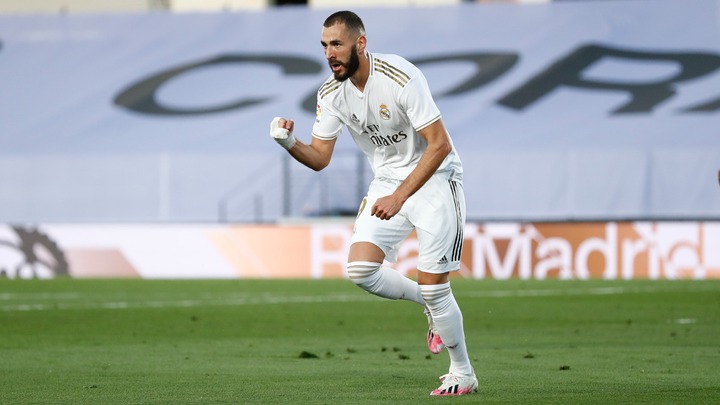 Benzema again scored his 21st LaLiga goal from the spot after Sofian Chakla from Villarreal conceded a penalty for tripping Sergio Ramos.

Vincent Iborra restored bragging rights for the visitors with a thumping header from Mario Gaspar assist.

Madrid held on until the final whistle to clinch the title. Of course with 86 points and seven ahead of their rivals Barcelona, no one should tell you that it’s game over.