Nigeria suffered an embarrassing 1-0 defeat at the hands of a less fancied Central African Republic side in Lagos on Thursday evening.

While commenting on the reason for their defeat, the interim manager Gernot Rohr said, “he knew the game will be a very difficult one” because their opponent came prepared.

Read: 4 things that makes no sense in the movie Squid Game.

Everyone expected Super Eagles to ease past CAR since Rohr had a plethora of young and talented players to the job. But the coach is still rueing the fact that his midfield trio of Alex Iwobi, Wilfred Ndidi and Oghenekaro Etebo were unavailable for the game. He attributed the loss to their absence.

Meanwhile, fans are not happy that Gernot Rohr could not make use of the players he had, but he’s crying over the few that were absent. Hence they are demanding for his replacement. 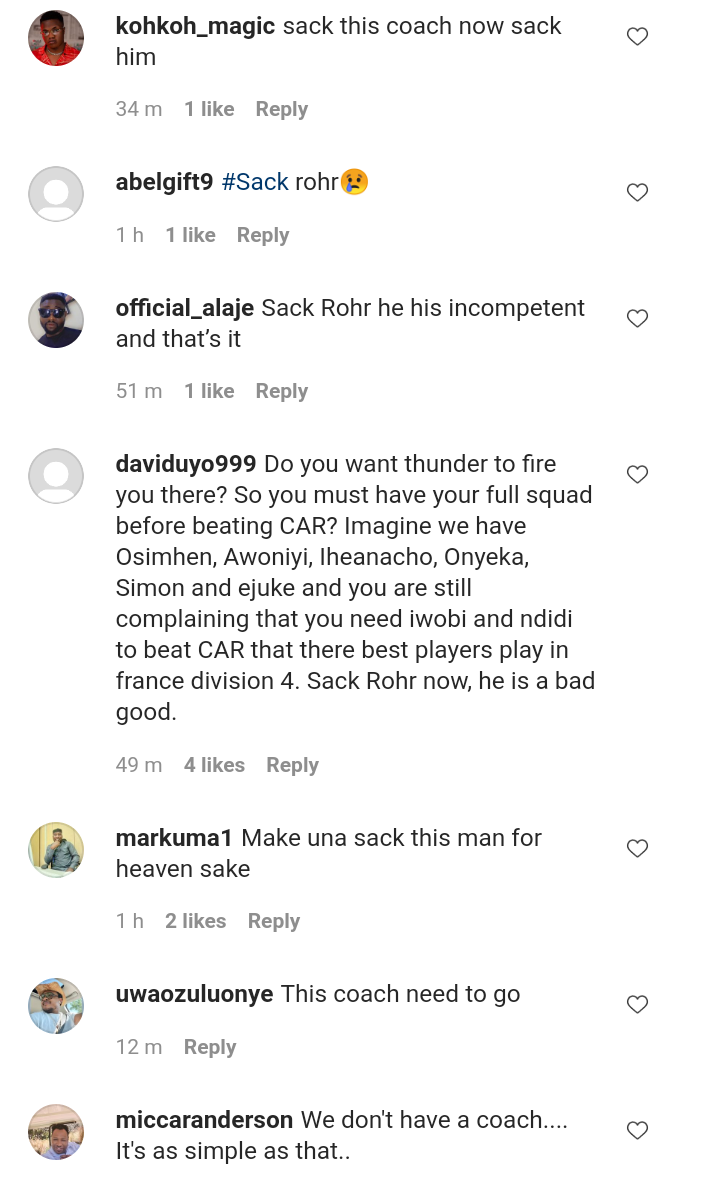 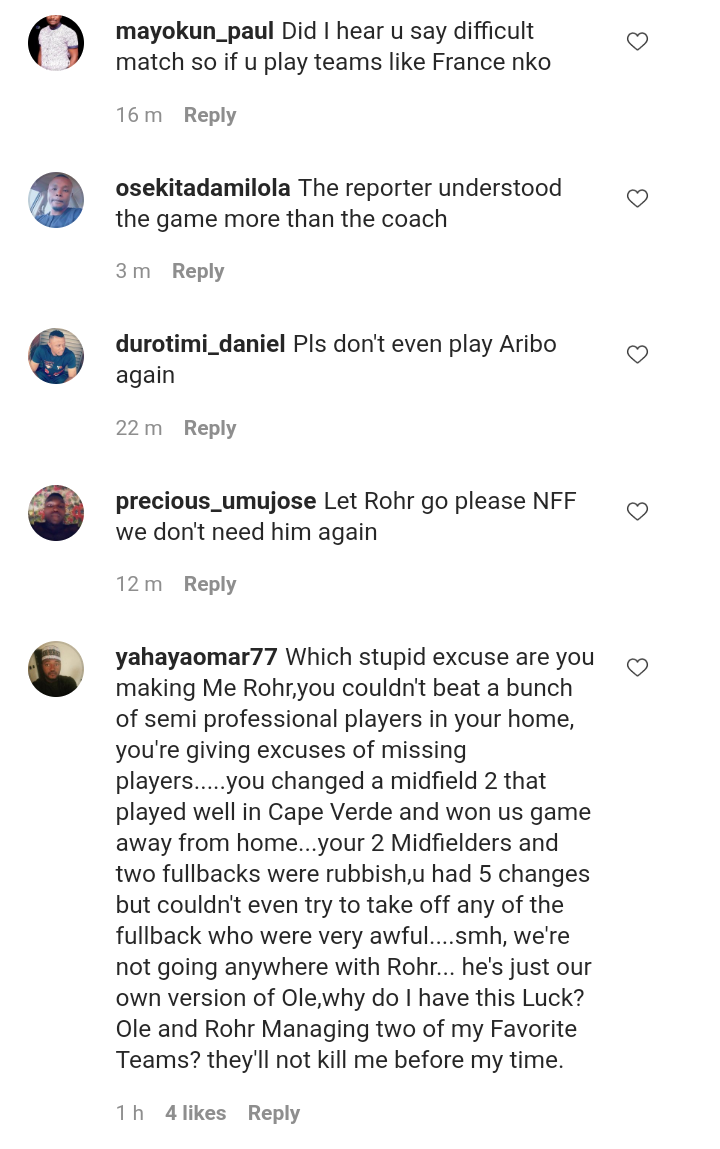 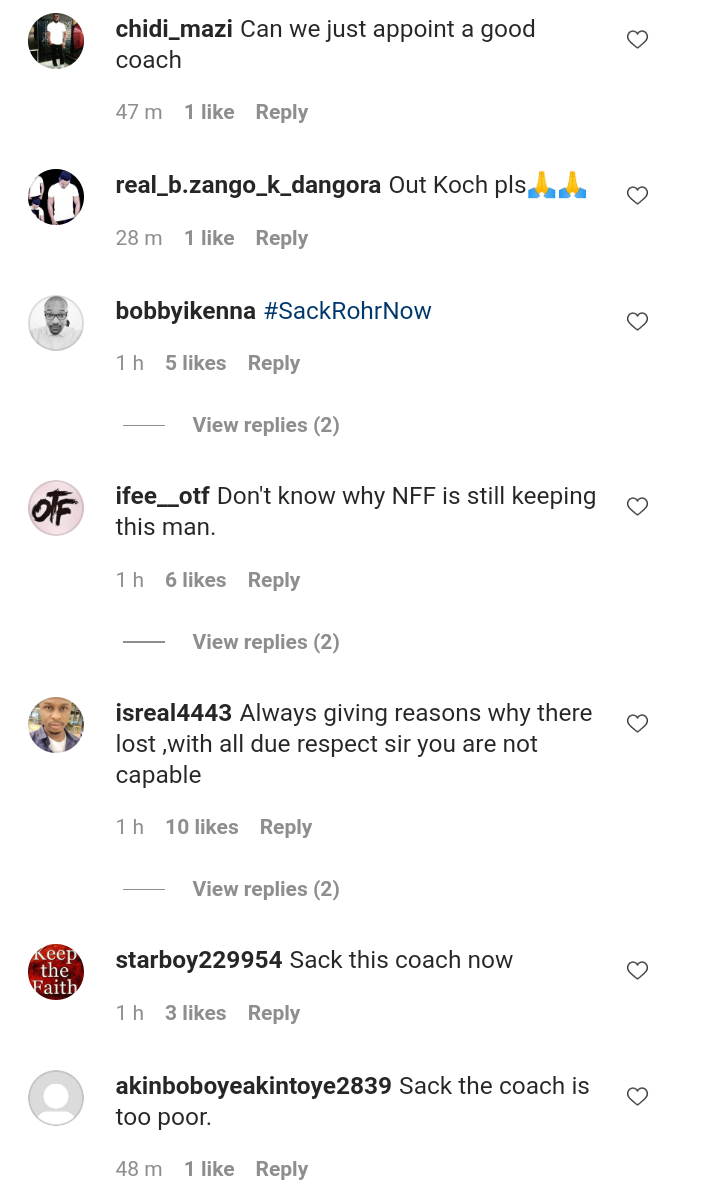