Napoli’s head coach Gennaro Gattuso has praised Nigerian striker Victor Osimhen after the youngster made an impressive start to live in the Italian Serie A.

The 21-year-old club record signing made his first competitive appearance as a Napoli player and in the Serie A, in their 2-0 Serie win over Parma on Sunday.

Victor came from the bench after the break to help Napoli overcome a highly defensive Parma team.

After a goalless first half, Gattuso chose to take off Diego Demme and unleash Osimhen in the 62nd minute. It took just two minutes for his presence to be felt. His slight touch off Lozano’s cross led to an opening goal by Dries Mertens in the 64th minute. 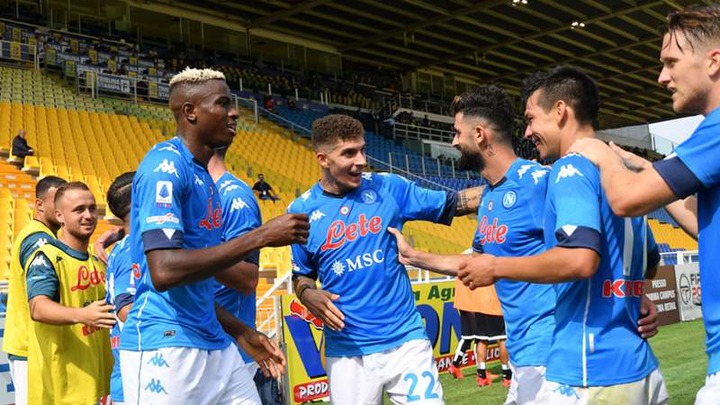 Napoli doubled their lead in the 77th minute courtesy of Lorenzo Insigne’s goal. Osimhen almost got his first Serie A goal in the 80th minute, but his effort went off the target.

His impact in the game led his manager Gattuso to praise him during the post match interview.

He said: “Victor Osimhen is a serious guy, who’s got here on his own merit. He’s better than what he’s shown on the pitch up until now.”

He also commended his team performance, but called for more improvement on the second balls.

“I want to see a team that is well organised and used to taking each game at a time. We need to work with calm and commitment,” he said.

“In the last few minutes we took our foot off the gas a touch. We can’t give our opponents anything. The team needs balance – we need to improve on second balls.

“What matters is our principles of play. If you want to play football you need to run and have quality – the latter alone is not enough.”

Osimhen will be aiming for his first goal when Napoli take on Genoa at the San Paolo next Sunday.