The Foxes saw a golden chance for the Champions League spot slip away from their hands after succumbing to a 2-0 home defeat at the hands of Manchester United.

Brendan Rodgers made three changes to his side that were well-beaten by Tottenham Hotspur last week.

Marc Albrighton returned into the lineup after recovering from injury, while Kelechi Iheanacho and Hamza Choudhury were given the nod to make their 50th appearances for the club in a 3-4-1-2 formation.

The game began on a positive note for Leicester City who dominated the entire duration of the first half. Kelechi Iheanacho looked very much lively and eager to make something happen whenever he’s with the ball.

The Foxes went into the second half with the same momentum until Rogers decided to to take off possibly the best player on the field. 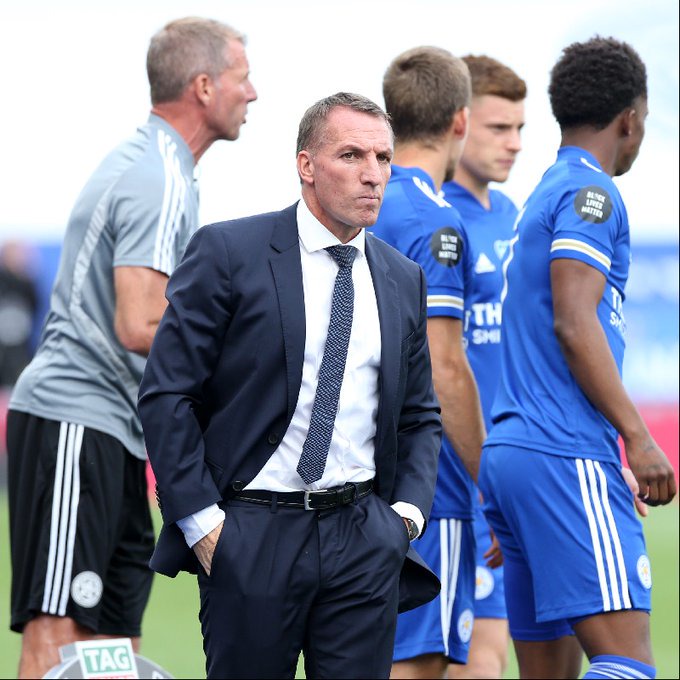 Leicester began to fall back immediately after Kelechi left the pitch in the 58th minute. This saw them conced a penalty in the 70th minute after woeful Jonny Evans tripped Anthony Martial right inside the box.

United continued to mount more pressure on the home side until a careless mistake from Kasper Schmeichel gifted Lingard his first Premier League goal since 2018, in the 90th minute.

The game ended 2-0 with Manchester United qualifying for the Champions League, while Leicester will only compete in the Europa League.

Meanwhile, several fans have taken to Twitter to blast Brendan Rodgers for substituting the player who would have probably won the match for them. 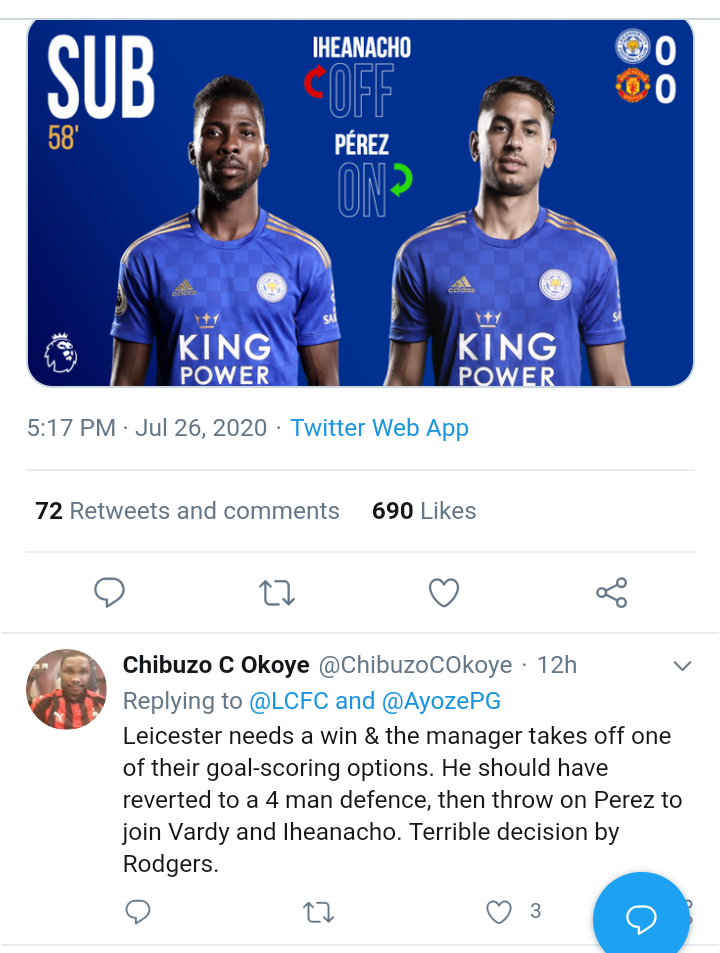 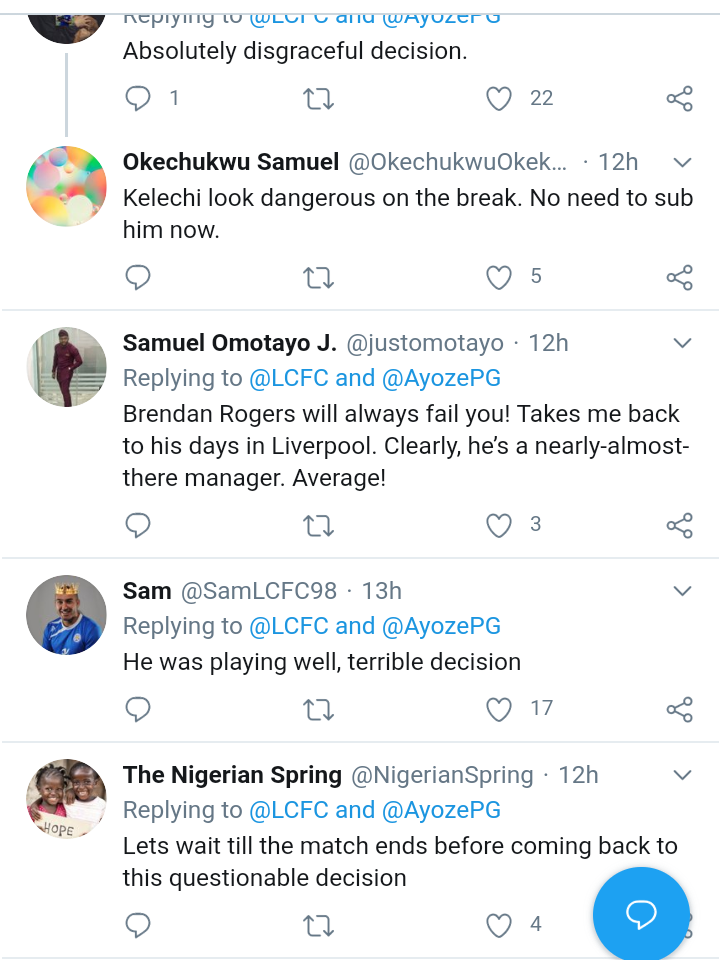 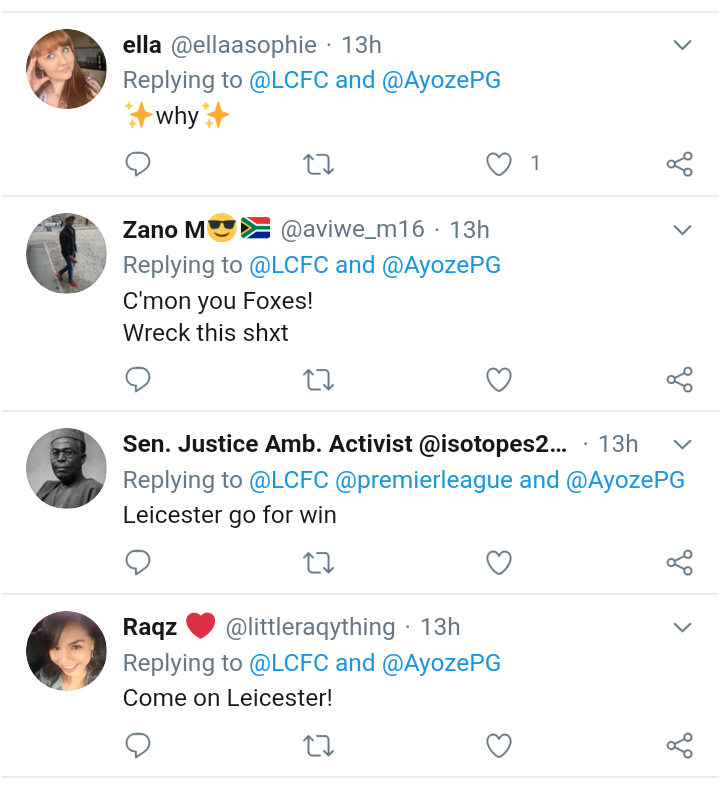