Home » Ex-Kenyan International tips Nigeria on how to woo Saka

Ex-Kenyan International tips Nigeria on how to woo Saka

Ex-Harambee Stars winger Innocent Mutiso has given important tips on how the Nigerian football federation could convince Arsenal rising star Bukayo Saka to play for the Super Eagles.

The 18-year-old youngster have been very fantastic for Arsenal whenever he’s called upon this season. His impressive performances have caught the eye of the English football federation who are now seeking to cap-tie him.

Mutiso (33), however noted that the stiff competition in England National team could see the player dropped to the bench if he chooses to represent the Three Lions.

In an interview with Goal.com, the former Gor Mahia player advised the West Africans to capitalise on that fact to convince the talented youngster to choose Nigeria.

“Remember, Saka is on record saying he is proud of his Nigerian heritage as both his parents came from there meaning he is open about playing for the African country as well,” Mutiso told Goal.

“But Nigeria have to give him assurances of being involved in the first team just like they did to [Alex] Iwobi who has flourished since.

“Remember, in England, the competition is stiff as well, we have the likes of Jude Bellingham who just moved to [Borussia] Dortmund, we have Manchester United’s Mason Greenwood and Jadon Sancho.

“Lest we forget, there are established players as well like Marcus Rashford and Raheem Sterling. Nigeria should capitalise on that and convince him to turn up for them.”

Mutiso also encouraged Nigeria to seek the help of some of it’s stars both past and present to lure Saka to the African team.

“We have Nigeria legends who can play a vital role in bringing Saka home,” Mutiso continued.

“Remember Augustine ‘Jay-Jay’ Okocha convinced Iwobi to play for Super Eagles and he can be used as well.

“We also have his peers like Samuel Chukwueze can also do the job, it is a matter of showing the player how much he is needed.” 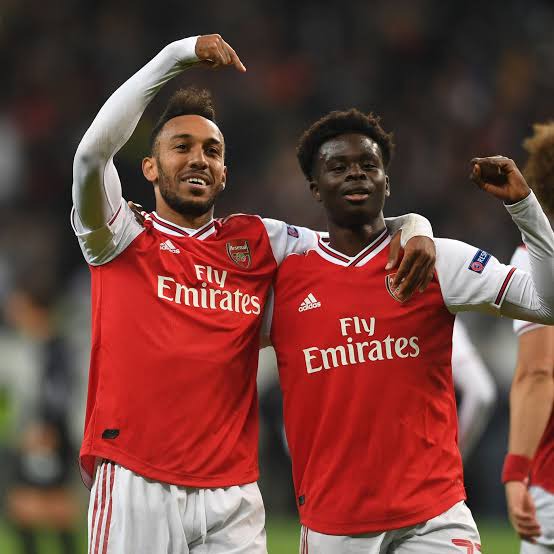 Saka has so far made 27 Premier League appearances for Arsenal, scoring once and assisting five times.