You can’t talk about football without mentioning that name ‘Africa’, because she is a major part of the history of the beautiful game.

Also, when you talk about football records, you can’t skip that name ‘Africa’, because the record books are littered with names from the black continent.

Now, let’s take a look at eight unique records held by Africans that are yet to be broken. 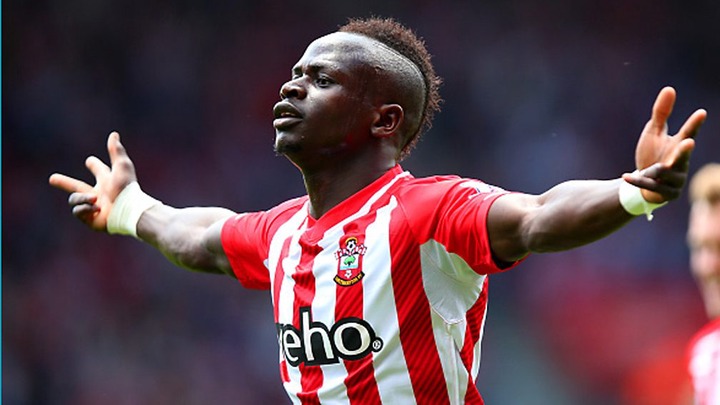 Senegalese forward Sadio Mane holds the record of the fastest hat-trick in Premier League history. Mane scored his treble for Southampton against Aston Villa on Saturday 16 May 2015, in 2 minutes 56 seconds.

He opened scoring at the St Mary’s stadium in the 13th minute and completed his treble in the 16th minute, to surpass Robbie Fowler’s record of four minutes and 32 against Arsenal, on Sunday 28 August 1994. 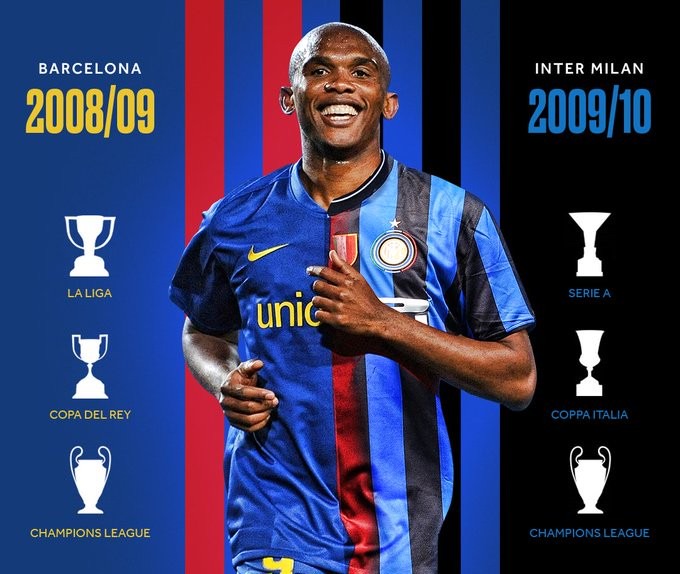 Cameroonian striker Samuel Eto’o is the only player in football history to win back-to-back trebles with two different clubs.

Nigeria – The most successful nation in U-17 World Cup

Brazil is the second-most successful with four titles and two runners-up, while Ghana and Mexico have won the tournament twice. 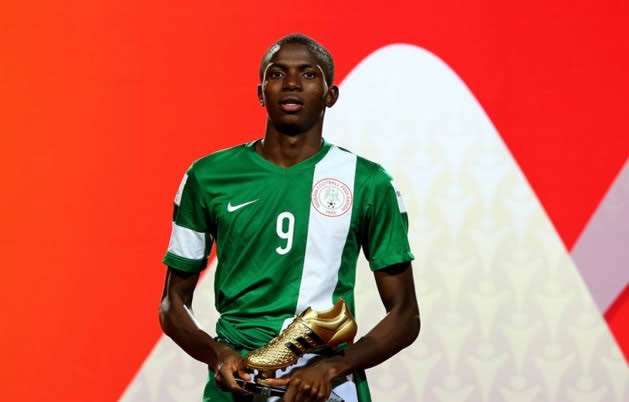 Nigerian wonderkid Victor Osimhen wrote his name in the history books when he scored an incredible 10 goals at the FIFA U-17 World Cup in 2015.

His goals still stands as the highest in a single Under-17 World Cup tournament. Ivorian centre-forward Souleymane Coulibaly and Florent Sinama-Pongolle sit behind Osimhen in the second position with 9 goals.

Roger Milla – Oldest player to score at the World Cup

Cameroonian national teamer Roger Milla becamethe oldest player to score a goal at the FIFA World Cup in the 1990 edition of the tournament when he struck against Russia at 42 years.

His record still stands and it will be very rare to see anyone getting close to that record, let alone breaking it. 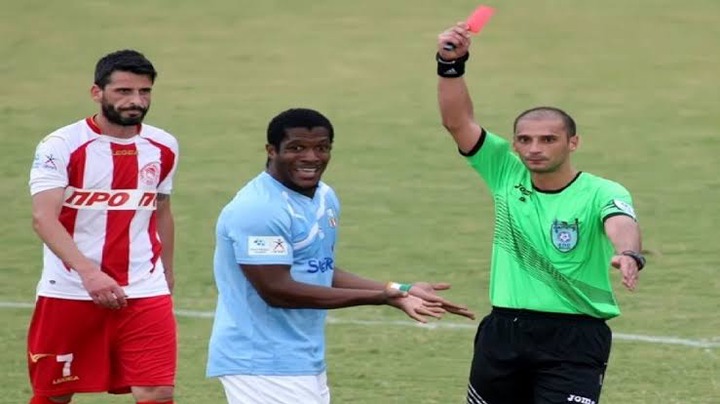 Ivorian striker, Serge Djiéhoua, holds the record for the fastest ever red card in football history. He was sent off just 3 seconds after coming on as a substitute in a 2013 Greek second division game between Gylfadas and Olympiakos Volos.

Though this particular record is not a good one, but it’s a record after all. The most important thing is that he’s got his name in the history of football. 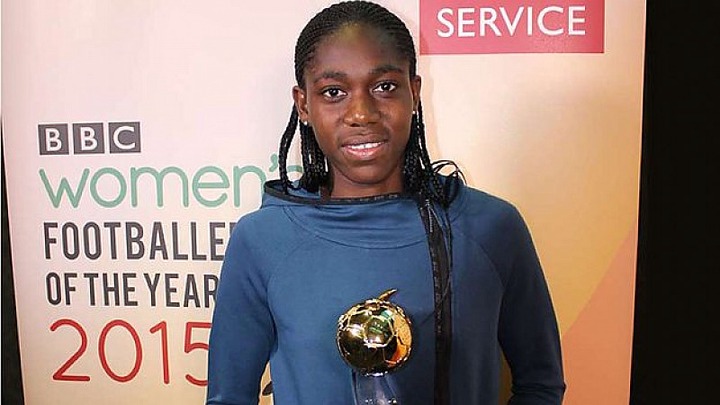 Super Falcons forward Asisat Oshoala is the first player to win the inaugural 2015 BBC Women’s Footballer of the Year award.

The then 20-year-old Liverpool player won the honour ahead of famous stars like Brazilian Marta, Veronica Boquete of Spain, German Nadine Kessler and Scotland’s Kim Little.

The current holder of the award is fantastic English right-back Lucy Bronze. 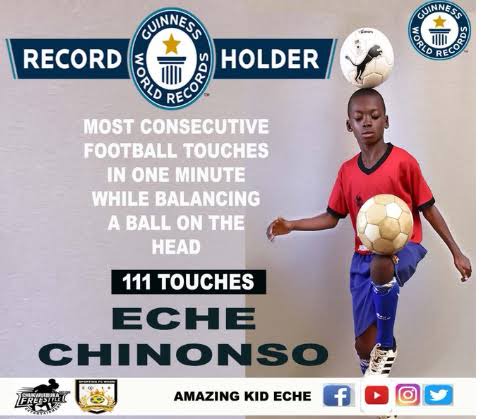 Nigerian Eche Chinoso a.k.a. Amazing Kid Eche, wrote his name on Guinness World record on 14 November 2019, when he made the most consecutive football touches while balancing another ball on his head.

The Warri-born youngster was just eleven years old when he achieved the record of 111 touches in just one minute.

Did I miss anything? Please let me know via the comment section below: