The Germans continued to unleashed their brutality towards their opponents with Borussia Dortmund running riot against Austria Wien, in a one-sided friendly match on Sunday.

Almost every Dortmund player found the back of the net in the game which ended 11-2 in favour of the ruthless German Bundesliga side.

Lucien Favre led team dominated the entire duration of the game and looked like scoring almost every time they ventured forward with the ball, especially after the break.

Manchester United’s new acquisition Jadon Sancho had an impressive display against Austria Wien in what could be his last game for the club.

The English winger came-off the bench in the second-half to score and provide three assists for Dortmund.

Ex-Liverpool midfielder Emre Can, new signing Bellingham, Thorgan Hazard and others also got their names on the score sheet. 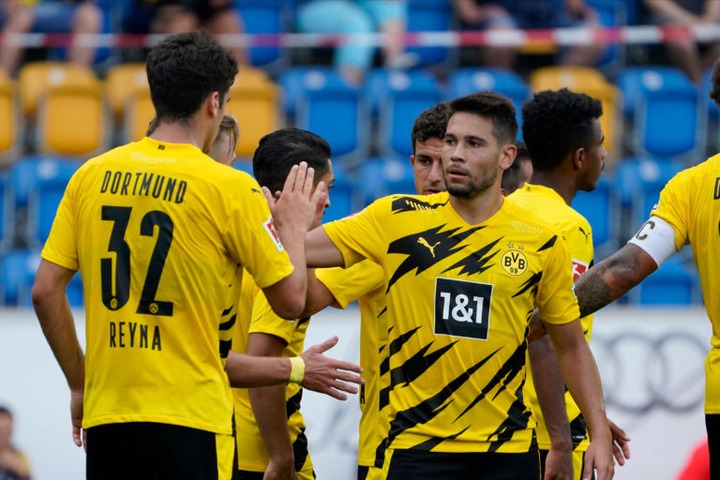 This brutal annihilation comes just a day after Barcelona suffered the worst ever defeat in European football history at the hands of another German assassin – Bayern Munich.

They are not the only ones though, Tottenham Hotspur and Chelsea have also have their taste of German ruthlessness recently.

I wonder who the next victims could be. Please beware of German assassins, they come in different colours!