Super Eagles recruitee, Cyriel Dessers have earned himself an enormous rating in the recent FIFA 20 card.

The 25-year-old forward was given a maximum rating of 89 in the Team Of The Season So Far Eredivisie (TOTSSF-Eredivisie). 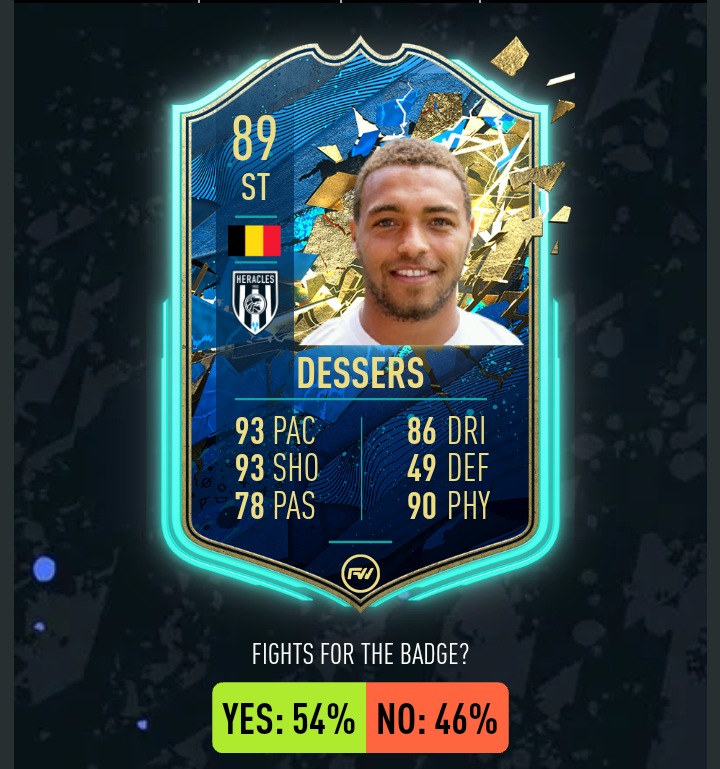 The Belgian-Nigerian frontman appeared in 26 games for Heracles and scored a total of 15 goals in the recenly concluded Eredivisie season.

His terrific performances in the league placed him as joint top scorer in the League alongside Steven Berghuis and a spot in the team of the season.

A lot is expected of him on his return to Belgium with his hometown club Genk, who forked out four million Euros to give him a four-year contract.

Last year, Cyriel Dessers revealed his desire to play for Nigeria at international level rather than his country of birth, Belgium.

He was subsequently called up by Super Eagles head coach Gernot Rohr, on 4 March, 2020, for the African Cup of Nations qualifying game against the Sierra leone National football team.

But he’s yet to make an appearance for the three-time African champions due the suspension of International football as a result of Coronavirus.