Manchester United’s returning legend Cristiano Ronaldo has set a new record for the most international goals scored by player after he struck against the Republic of Ireland.

Cristiano’s 89th minute header in Portugal’s 2-1 victory at the World Cup qualifying match on Wednesday night was his 110th goal in 180 appearances for Portugal, breaking Ali Daei’s record of 109 goals for Iran. 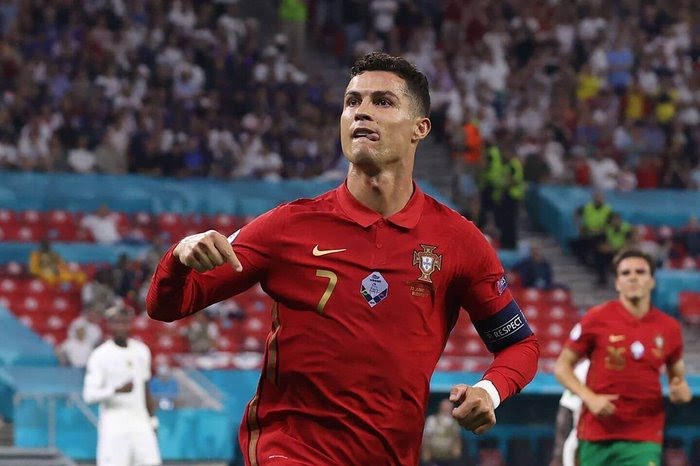 Ronaldo could have broken the deadlock earlier in the game after Portugal was awarded a penalty, but his strike was save by Ireland’s teenage goalkeeper Gavin Bazunu.

The 19-year denied Ronaldo a second time late into the second half after his free kick made it’s way towards the goalpost.

Read: Super Eagles stars react to a video of Iheanacho and Ndidi doing a rap challenge.