Both teams last met themselves at the 2019 African Cup of Nations semi-final in Cairo, Egypt. The Desert Foxes had the upper hand in the game that ended 2-1, courtesy of a Riyadh Mahrez dying minute free kick goal. 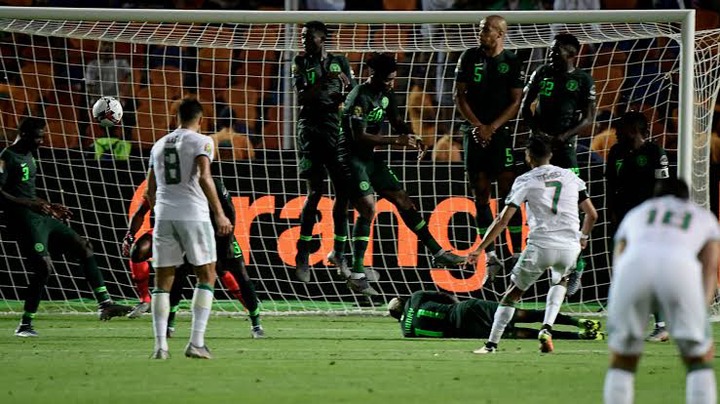 However, the West African giants have dominated the head-to-head between the two sides. Of the last seven games played between them, Nigeria won five and lost two.

This game will provide an opportunity for both teams to find their rhythm ahead of the AFCON qualifiers next month. For Super Eagles though, it would be a time for a sweet revenge, while the African champs will be aiming to close down the head-to-head gap between them.

It is expected to be an enterprising affair, as the two teams boast of some of Africa’s finest attacking talents. Algerian 24-man squad features players like Riyad Mahrez, Ismaël Bennacer, Yacine Brahimi, Sofiane Feghouli and 18 others who won the AFCON last year.

Nigeria will be without four of their first team players, the likes of Wilfred Ndidi, Victor Osimhen, Joe Aribo and Oghenekaro Etebo. But there are capable players to fill up the gaps. The game could possibly see a lot of goals due to the attacking strength of the teams.

After the game against Algeria, the Super Eagles will face the Carthage Eagles of Tunisia at the same venue four days later.