Home » After PSG Vs Marseille players fight, here are the verdict of the disciplinary committee

After PSG Vs Marseille players fight, here are the verdict of the disciplinary committee

Ligue 1 disciplinary committee gathered in a meeting on Wednesday September 16, and discussed the ugly incident that led to the fight between PSG and Marseille players on Sunday.

After a series of consultation, the results of the disciplinary tribunal committee were revealed as follows:

1. Neymar who was among the five players sent off in stoppage time by referee Jerome Brisard has been handed a three-match ban as a result of his violent conduct (a video replay shows he aimed a jab to the back of Alvaro Gonzalez’s head). He has been sent off three times in his Paris St-Germain career. 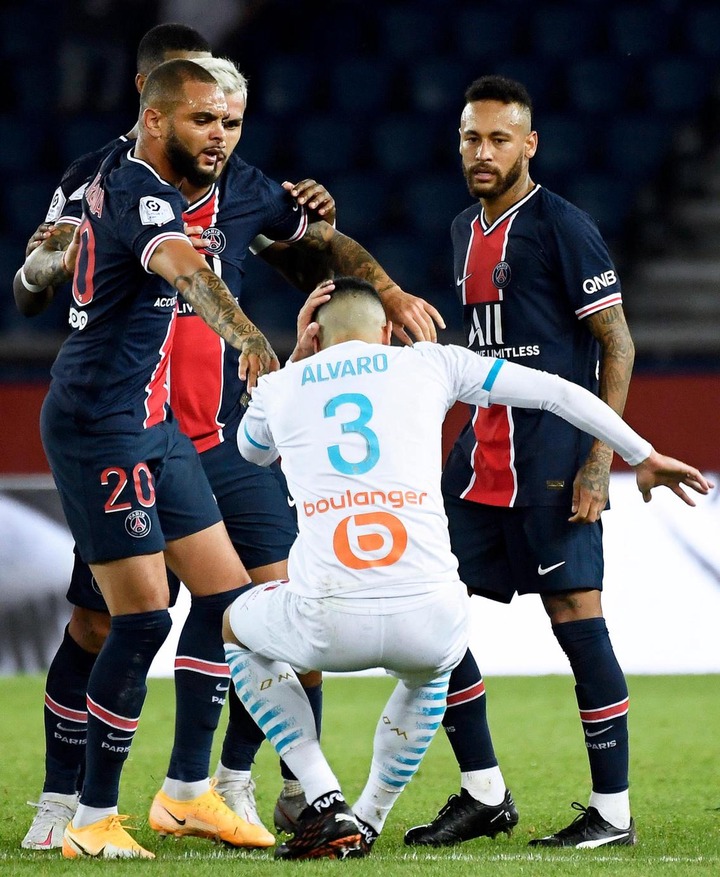 Marseille’s Alvaro Gonzalez after the clash with Neymar.

2. Leandro Paredes was slapped with a two-match ban for clashing with his fellow Argentine Dario Benedetto, who also got a red card during the game on Sunday.

3. Layvin Kurzawa incurred a six-match ban for extreme violent conduct, as a video footage shows him kicking out at Marseille left-back Jordan Amavi. 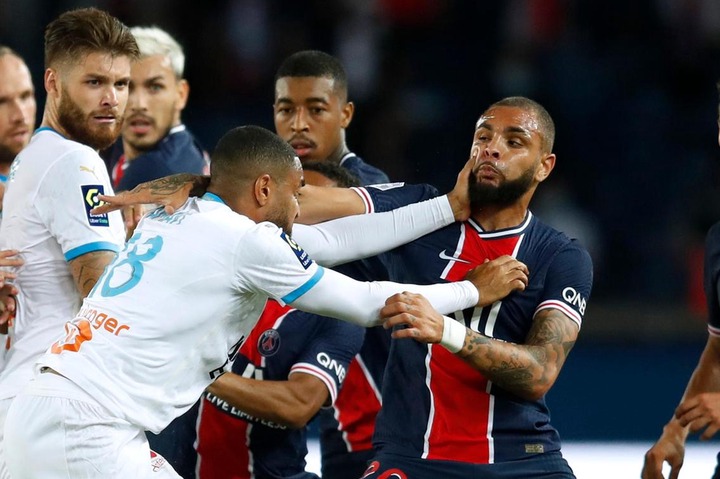 5. Angel Di Maria has been summoned in a meeting by the league’s disciplinary commission on September 23 over claims he spat at Marseille defender Gonzalez during the game. 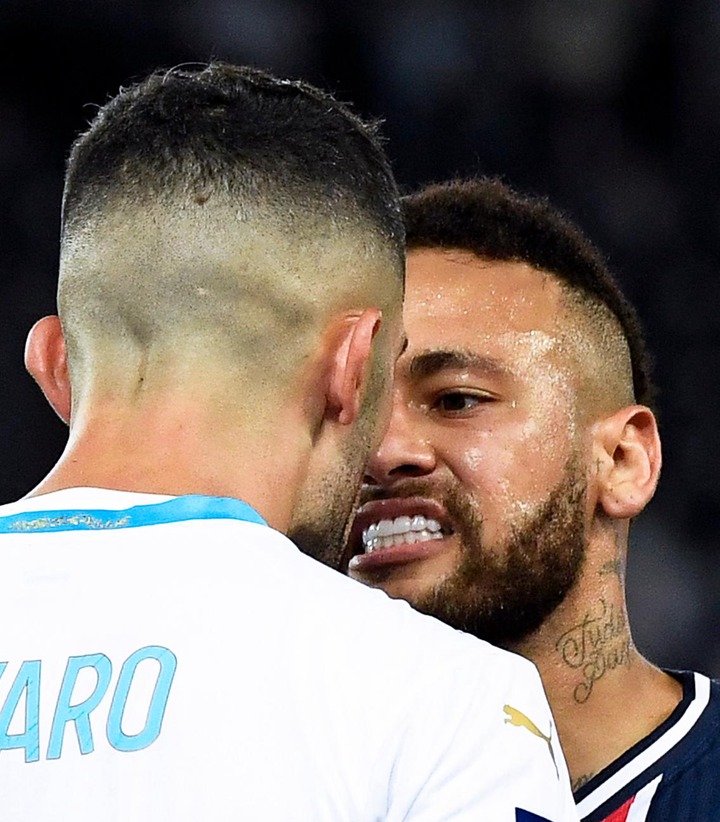 Hence the panel would examine the video footage to further determine whether there was enough evidence to substantiate the claims of racist abuse.