The 31-year-old Watford born athlete brutally knocked his experienced Bulgarian opponent out in the ninth round of their world heavyweight championship fight at The SSE Arena.

Joshua floored Pulev heavily on three occasions, twice in the final round, and ended the fight with a vicious right hand to retain his world heavyweight titles.

After his impressive show in London, the first thing Anthony Joshua does is gets out of the ring and embraces a delighted Floyd Mayweather at ringside. 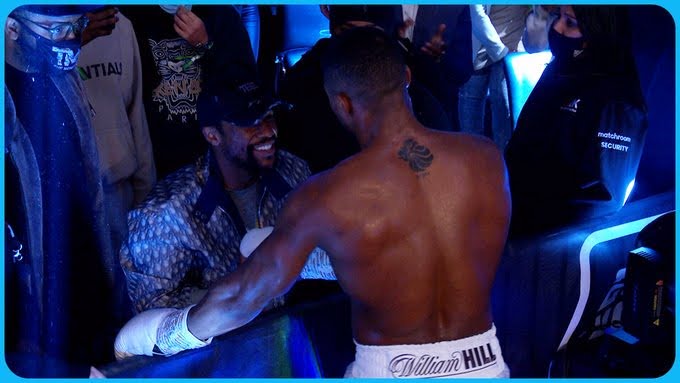 And then confidently demanded for the mouth-watering showdown with Tyson Fury in 2021. He told Eddie Hearn: “I’ve been chasing the belts since I started this. It’s not about the man, it’s about the belt and the legacy. If it’s Tyson Fury with the WBC belt, then let it be Tyson Fury!”

Eddie Hearn promised to make it happen: “Starting from tomorrow, we’re making the Tyson Fury fight. We will get it done.”

“Used my name for clout not a fight,” Anthony Joshua blast Tyson for dishonouring their fight