Search
Skip to content
Not all celebrities want the world to know when they are expecting a baby, but there are some who revealed their pregnancies to fans in the most creative ways. From professional photoshoots to hilarious posts, these stars went all out for their pregnancy announcements. Let’s take a look at 9 celebrity pregnancy announcements that left fans in utter surprise

Cardi B was pregnant with her second child at the BET awards. The rapper revealed that she was having another baby during an epic onstage performance with husband Offset and Migos. The Bodak Yellow singer came out wearing a bodysuit and leggings embroidered with a sheer panel over her growing baby bump.

That announcement made it evident to fans that the power couple was expecting a sibling for 3-year-old Kulture Kiari. The star later revealed her belly in an Instagram post with the caption: “#2.”

In February of 2021, the former royal family members told supporters: “We can confirm that Archie is going to be a big brother.” The couple made the announcement in an official statement accompanied by a black and white shot by photographer Misan Harriman.

The actress and the British prince also revealed to fans that they had gone through a pregnancy loss the previous year. So they were overjoyed to be welcoming a new baby into their family. Little Lilibet Diana Mountbatten-Windsor was born in June, turning Harry and Meghan’s California household into a family of four.

The Riverdale actor and the model announced on social media early this year that they were expecting their first child together. Fans were surprised to learn that the couple was taking the big step after being together for just over a year. The star shared an image of himself and Berry with her growing baby bump. He later confirmed in another shot that she was pregnant.

Cardi isn’t the only one who has used a televised award show to tell fans about a new baby. At the end of her performance for the 2011 VMAs, Beyoncé gave her fans a dramatic mic drop before opening her vest to reveal her baby bump. After keeping her pregnancy quiet for months, everyone was surprised by the big news.

The couple later gave birth to their adorable daughter Blue Ivy Carter. For her twins Rumi and Sir, Beyoncé shared the news with a beautiful photoshoot of herself covered in flowers and cradling her stomach. 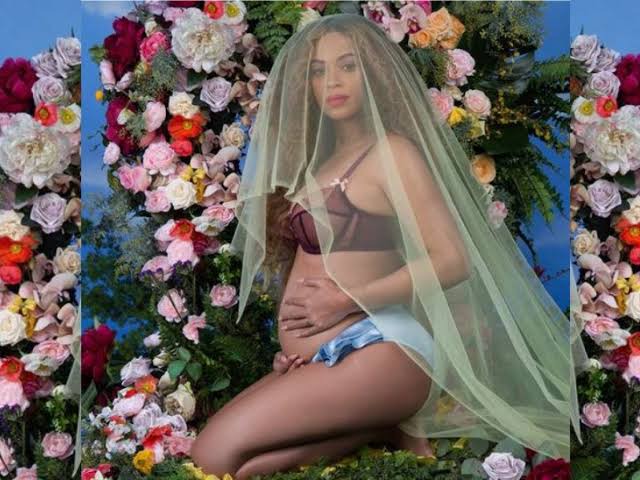 The singer captioned the post: “We have been blessed two times over. We are incredibly grateful that our family will be growing by two.

Vogue dropped the news in February that the singer was expecting a baby after being tucked away for months working on her fitness and wellness book. Goulding’s fans had no idea she was pregnant. The star and her husband Casper Jopling let fans in on their news with a gorgeous photo of Goulding and her belly at their home outside of London.

Goulding admitted that the pregnancy had taken her by surprise. She said it happened really quickly and she didn’t really believe it at first.

Using her own music video for ‘Never Worn White,’ the singer revealed her pregnancy by cradling her baby bump on screen. Perry and Bloom shared with fans the news about their first child. The singer also posted to Instagram saying: “Let’s just say it’s gonna be a jam-packed summer.”

Not long after she revealed her preferred pronouns, Halsey also shared with fans the news of a new baby on the way. The 27-year-old star posted a photo of their sonogram, later sharing a few more shots in a vintage style bikini and a baby bump accessory. 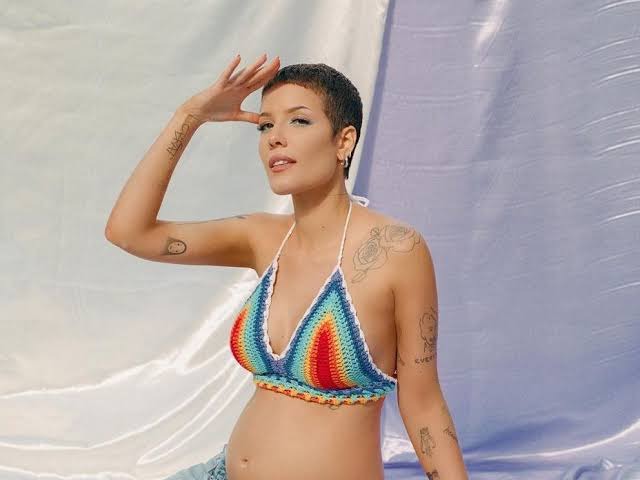 Halsey wrote to her fans: “It’s wonderful to celebrate something with you all after years of sharing all the sad stuff.” Halsey recently had a baby shower with her close friends. The singer and her partner celebrated the baby with an outdoor gathering.

The supermodel who calls herself a self-professed 6’2 giraffe revealed on Instagram that she was expecting a child with her husband of two years, Joshua Kushner. The 28-year-old runway star posted some shots of her growing belly. Kushner who is the younger brother of Ivanka Trump’s husband Jared Kushner has taken some heat for his family’s politics, but Kloss has opened that she is okay with being on opposite political side of her family.

The Coding and Klossy creator has been advocating for girls education for years. So we have no doubts that she’s going to be a cool mom.

For each of their four kids, Kim and Kanye have found creative ways to tell their family and fans that a new West baby is on the way. For their third child Chicago, Kim revealed the news in season 14 of Keeping Up With The Kardashians. Chicago as well as Kim and Kanye’s fourth child Psalm West was born via surrogate. That same season, fans heard the news about Khloe’s pregnancy with True and Kylie’s baby news after she gave birth to Stormi.

Which of these celeb pregnancy surprised you the most?